Composite tooler preps for $6 million expansion from Carson to Minden

In June, Symmetrix Composite Tooling will be moving from its Carson City shop into this 40,000-square-foot facility in Minden (seen in March), which is being built by United Construction.

Glistening white turbines dotting open fields, Elon Musk’s SpaceX rocket bound for the stars, and all-electric buses roving around Reno-Sparks — a manufacturing company with a footprint in Northern Nevada has a hand in all of these, quite literally.

For SpaceX, Symmetrix shaped components of the rocket’s landing legs for a vertical touchdown. For electric bus maker Proterra, the company shaped the aluminum body used for Proterra’s e-buses, which navigate Reno-Sparks and across the U.S.

Launched in 2010, Symmetrix even takes on projects for clients looking to set world records. In 2015, for Visit Huntington Beach, it shaped a 42-foot surfboard, which was ridden by 66 people at once for 12 seconds. That set Guinness records for the world’s largest surfboard and the most people riding a surfboard at once.

“Typically, for us, there’s no typical job,” John Barnitt, owner and president of Symmetrix, said in a video interview with the NNBW. “We might be doing a flying car for Joby (Aviation) or we might be doing a 315 mile-per-hour race car for Tuatara. And then the next day we might be doing a composite tank that goes into a rocket that we have no idea what its purpose is, but it has to be shaped in a particular way with a particular set of materials.” 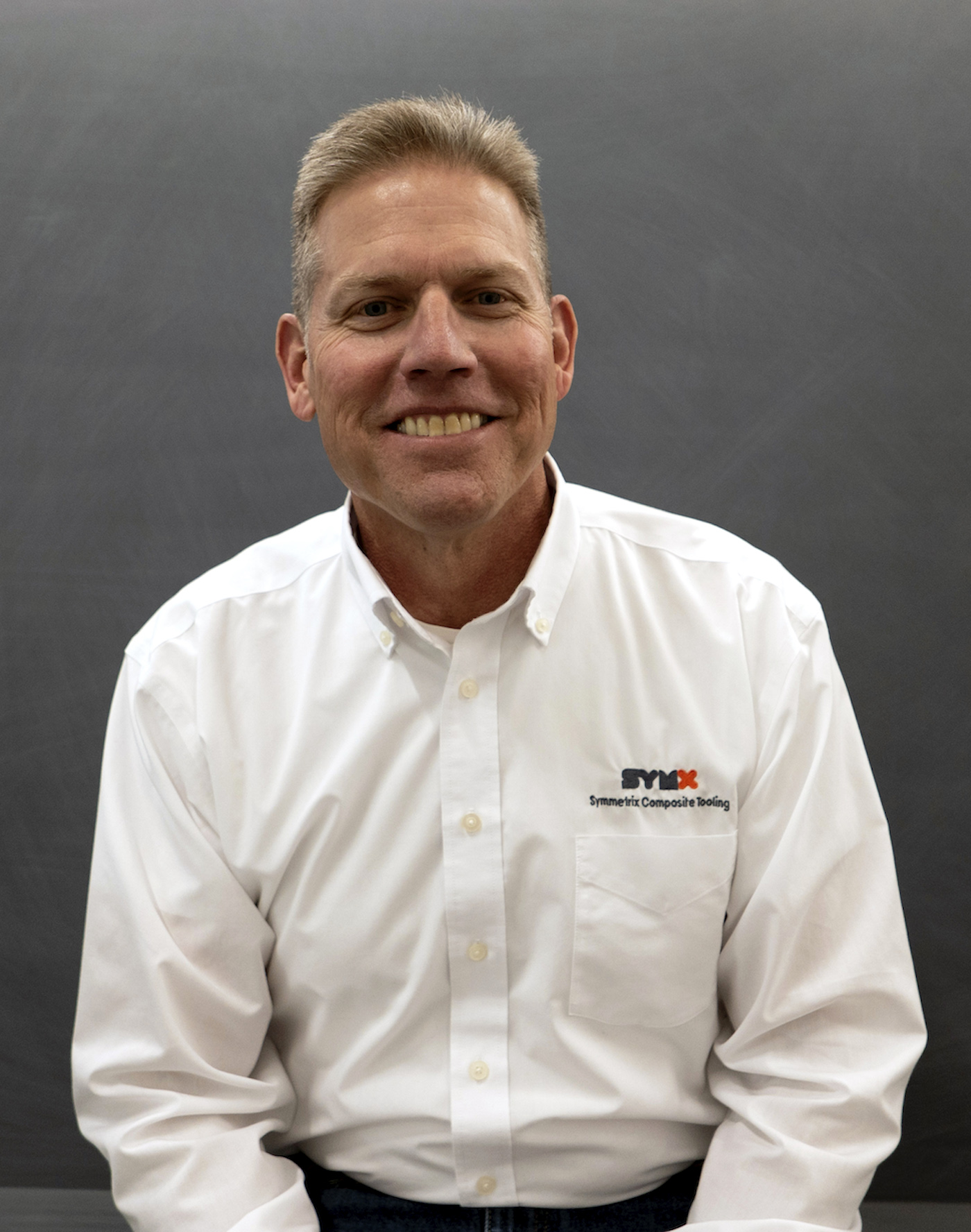 John Barnitt, who lives in Genoa, is owner and president of Symmetrix Composite Tooling.

In the process, Barnitt said the company hits tolerance levels within millimeters — “the thickness of a business card” — over a machined surface. Illustrating his point, Barnitt referenced the last wind turbine blade Symmetrix shaped for General Electric.

“It was 68 meters long (223 feet), and if it was plus-minus a millimeter we weren’t going to get paid,” Barnitt said. “It’s a really interesting space to play in, and the value equation that our customers are looking for is that we’re trying to reduce repeating error in geometry.”

Since 2018 locally, the company has been playing in a 13,000-square-foot shop in Carson City to serve its West Coast customers.

Because of rising demand for composites across industries, Symmetrix is in the process of significantly growing its footprint in Northern Nevada.

At the end of April, the company is moving out of its Carson City shop and will begin relocating into a 40,000-square-foot facility — newly built by Reno-based United Construction — in Minden. 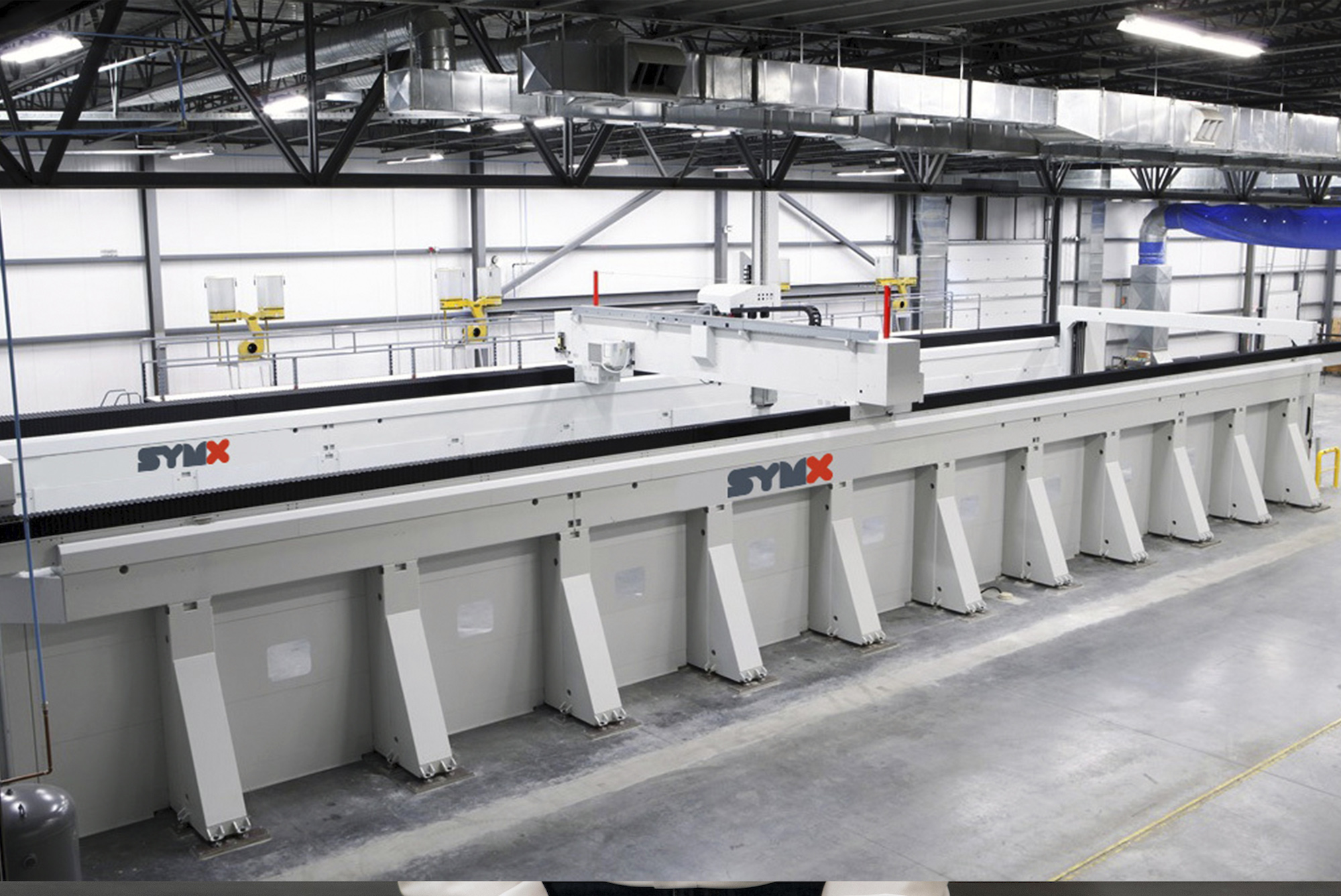 Symmetrix uses a 100-foot-long CNC milling machine called “the Poseidon” in its facilities in Rhode Island and North Carolina. The same machine will be housed in its new Minden shop. Photo: Symmetrix

Like its East Coast shops, Symmetrix’s central piece of equipment in Minden will be a 100-foot-long milling machine. These machines, Barnitt said, are built and shipped from Italy in six 40-feet containers and take about two months to assemble.

Barnitt said the company’s total investment for the project is about $6 million, with the facility costing $4 million facility and the price of the equipment about $2 million.

He added that the company’s Minden operation is on track to be up and running in June, with big projects already in the pipeline for the facility.

“It looks like we’re going to make some undulating facades for a skyscraper probably sometime in July, so we’ll probably have a few weeks to get some of our equipment lined up and get our people lined up,” Barnitt said.

To that end, Barnitt said the company is looking to hire roughly 15 craftsmen and about four digital fabricators for its Minden facility over the next year. Symmetrix currently has 10 craftsmen in Carson City that will immediately populate its new Minden shop. In all, the company has roughly 70 employees across its three locations. 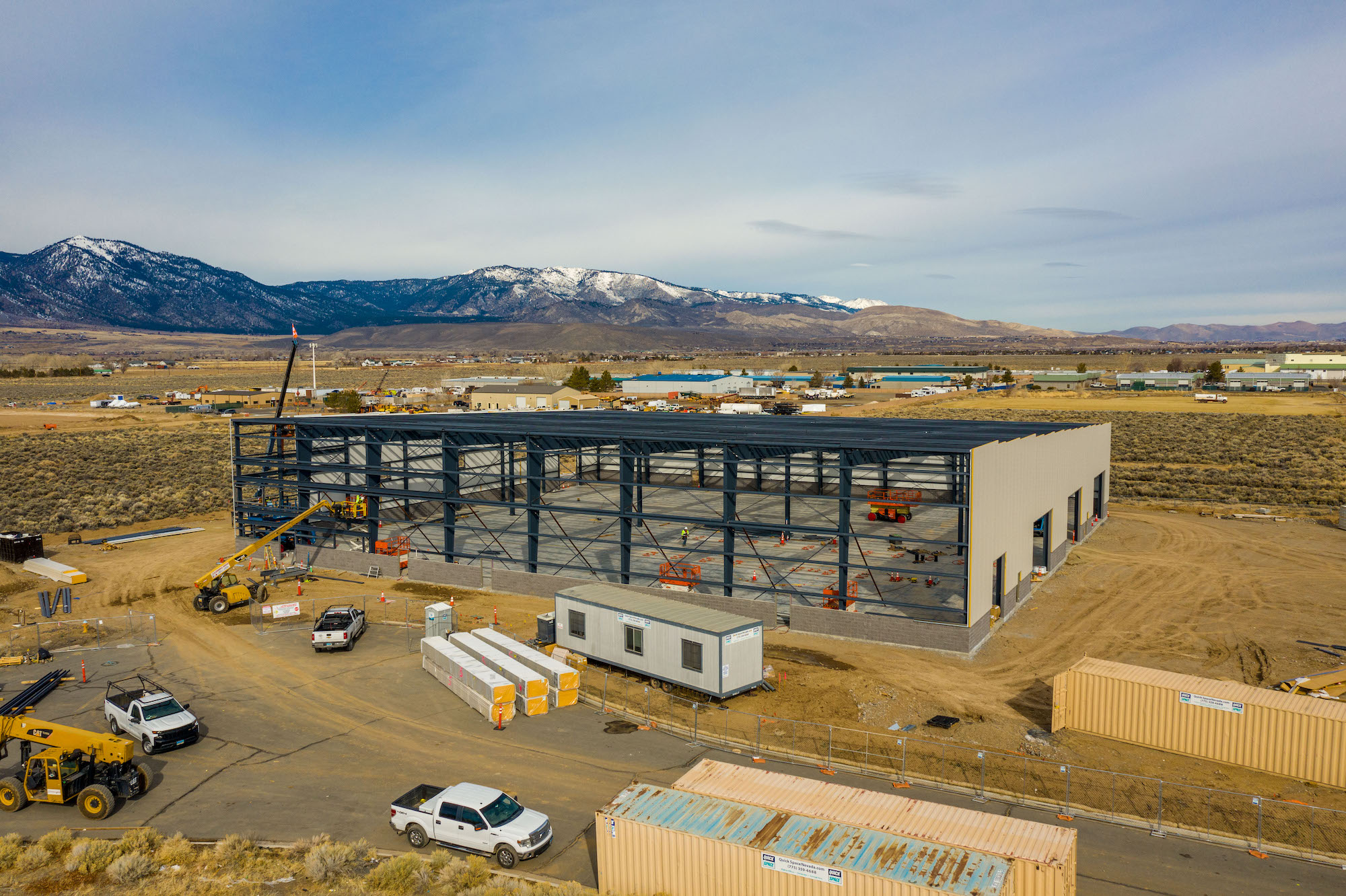 “The big thing for us is that we need to expand our crew,” said Barnitt, noting the company’s consistently seen a 20%-25% year-over-year increase in revenue. “Over the past four years, we’ve felt like we’ve turned so much work away every year because we couldn’t meet delivery requirements. So, we’ve been working hard on increasing our capacity over the past few years. With our third 40,000-square-foot facility (in Minden), we’re very confident we’ll be able to meet those demands.”

This is not the first time Barnitt, who lives in Genoa, will be leading a manufacturing-focused company in Minden.

From 1997 through 2001, he was CEO of Omohundro, which built masts for sailboats as a sister company to San Diego-based sailmaking company North Sails, which also has a Minden shop. In 2000, Omohundro merged with New Zealand-based Southern Spars, according to a Nevada Appeal report.

Barnitt said he recognized the prevalence of composites when he raced sailboats competitively for America’s Cup teams in 1987, ’88 and ’92. One of his teammates was Scott Vogel, who worked with him for years at Omohundro. In 2016, Vogel joined Symmetrix as vice president.

“In those types of environments, they design and engineer and build their own racing platforms,” Barnitt said of competitive sailboat racing. “It’s similar to Formula 1 or NASCAR where you design and build your own vehicle, and then staff that racing team and then go try to be competitive.

“That’s where I learned a lot about composites and performance geometries and the engineering aspects of it. It was clear to me that every good project comes from accurate tooling.”